The first Indian Railway station that is only managed by women

We are proud to be Indian as Indian Railways is showing magic and innovation every year. Today we will be talking about Indian Railways one of the most prominent works that are allowing women to manage the entire railway station. Yes, you have heard it right. Our Indian railways are enduring their social responsibilities towards women personnel a lot.  Women employees in Indian Railways have shown tremendous improvement. Along with women empowerment, Indian Railways has also focus on meals on train and online food order in train and which is growing.

In this blog today we will talk about how the most unreal but most innovative thing that Indian women is completely managing an entire railways station. 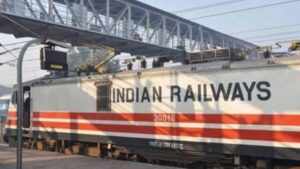 Today, the women employees have reported their presence whether it is the loco pilot or guard or the obligation of any high office. There is more than 13 lakhs railway workers employed in Indian Railways.  And every year it continuously increases.

We must say that Indian Railways has taken creative efforts in its dedication to women’s empowerment. The organization, which is deemed one of the largest employers in the world, has over one lakh female staff and is constantly increasing the hiring of female employees. The Indian Railways, in a special measure, has started deploying all-women staff at some railway stations.

The famous double-decker train Anand Vihar Lucknow express is back

How Indian Railways has entrusting its female staff & passengers

Are you someone who loves traveling by train? Then how do you manage your food? Don’t worry, you focus on traveling and we take care of your food. While traveling you may miss your favorite home-cooked food but with Traveler Food, you don’t have to worry about food. We serve you your man pasand food at your berth. To get our assistance click the button and we are here to help you out. We not only deliver food, but sometimes we maintain hygiene and do maintain proper food packaging that helps our customers to eat food without any hustle. Our travelers generally book all the three meals with us through our e-catering services by visiting our website or directly calling us on 7827998877.

Today meals on train, has got the change in the food industry, where you can order food of your choice. Online food order in India serves varieties of food, such as veg, non-veg, Chinese, Italian, South Indian, and North Indian Delicacies as per your taste and mood. Anywhere and everywhere food delivery at the railway station only with Traveler Food. So what waiting for, do book your food for your next journey. Hurry up, see you soon on the train.

Happy to be an Indian and glad to see how our country’s railway is helping our country to grow.