Are you are wondering why Bengaluru is known as the Silicon Valley of India?  Because of the high concentration of IT industries in the city, you can find them at every nook & corner of Bangalore city. Bangalore is the capital of Karnataka state. As Bangalore is surrounded by many parks, gardens, natural trees so it is also known as a Garden city. Now Bangaloreans get ready for a new look of the railway stations in the frame of Airports. If you haven’t traveled to Bangalore yet, then book your tickets to explore the new look of the city’s railway stations. This railway station is unique, huge, breathable, abundant facilities, spacious and more to explore. 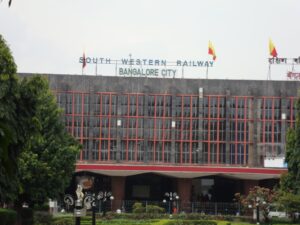 Bangalore is a planned city, starting from its infrastructure to its roads. Every part of this city is well executed and has been ventilated amidst parks and trees around. The Urban city roads to the outskirts of the city have huge broad roads and beside the roads, you can find huge trees, just like protecting the roads from strong sunlight. So when it comes to its aesthetic looks, Bangalore has aimed for airport feels with amphitheaters. 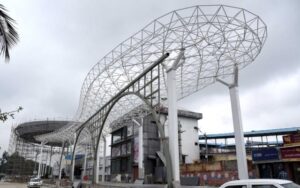 Check out the facts of Yeshwanthpur Railway station:

You can see an amphitheater and huge landscaped areas at the entrance.

This redevelopment project will bring wider roads and an improved circulating area around the station.

Now no more jams and struggling for parking. Huge parking space, with three brand-new waiting halls, has completely changed the look of this second busiest station.

BMTC bus bays leading right to the entryway, you can head into the platforms with zero delays. A new entry road from the metro station is also under the plans. 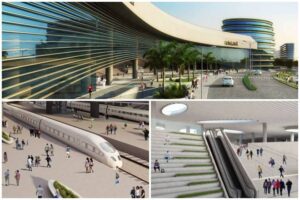 Check out the facts of Yeshwanthpur Railway station:

Huge resting rooms and lounges for passengers equipped with various amenities will be included.

You can find better road connectivity with the other parts of the city. Huge parking, and efficient multi-modal interface, will be made within the station area.

Have you ordered jain food in train while traveling, don’t be shocked, yes you can order food in train. Get your favorite Jain food from any railway station of India with Traveler Food. Nowadays food in train delivery is super quick if you use the right app to order your food. You can call on 7827998877 to place your order. Enjoy your journey with Traveler Food and keep munching the yummiest foods of your choice.  You can place your order using cash on delivery or even through an online payment. We wish you all a safe and happy journey with your family.