The financial capital of the country – Mumbai is a throbbing heart of a city itself. This is where every young mind with dreams wishes to begin and excel .The city in essence is a conglomerate of seven standing islands, which started off as a home to fishing colonies and wharfs. The coming of the British in the 19th century brought about a lot of educational and industrial development to the city, and established Mumbai as a major sea port on the trading route in the Arabian Sea. 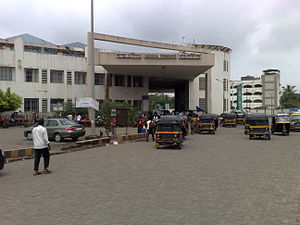 Perhaps the only city in the country wherein the local trains and the railways serve as a lifeline to it’s commercial and industrial throbbing, Mumbai has a dense network of railways and is comprehensively present on the map of Indian railways. The Central Railways and Western Zone Railways powers this strong rail network across the city and has been known to carry almost 6.3 million commuters on a daily basis. The Mumbai Bandra terminus is the power-house of this throbbing rail network, and is the starting point of trains bound for the western and northern part of India. 1990s saw the terminus being reconstructed and developed to ease out the central Mumbai line. The station has been strategically positioned to play an important role in the transit system of the city, being in the vicinity of not just the Mumbai International airport, but also the Bandra-Kurla complex. Almost close to 32 trains are known to be initiating from the terminus. 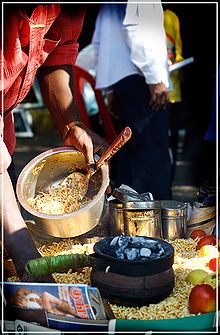 Although the multi-cultural nature of the city makes every cuisine available in Mumbai, the essence of the city lies in it’s street food. Vada Pav, Bhel Puri and Pav Bhaji are items which are famous across the world and are best enjoyed while on the roads. The local food streets, called “Khau Gallis”, are places wherein any food item you can think of can be enjoyed.

A host of companies today operate from the stations in Mumbai, and can provide travelers with delicious and hygienic food for train journey, while going in and out of the city.