Privatisation of Indian Railways – Bold visions for the future of travelling

India has one of the largest railway networks in the world, but that is only a part of what makes it an exemplary transport system. The intricate matrix of connectivity it provides across a huge and widely populated country, coupled with an impressive frequency of trains to the remotest areas, makes it a very accessible method of travel for Indians and tourists. Add to that the fact that it is almost 170 years old and people have put their faith in this inexpensive mode of transport even after so many years of its inception.

Indian Railways deserves a round of applause as it is serving one of the largest democratic countries on earth. Its track is spread across a massive 115,000 km, making it the largest rail network in Asia and the world’s second-largest network operated under single management. The entire track covers a route length of 67,368 km and the full track length of Indian Railways can circle the equator 1.5 times. 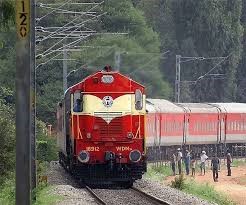 To make railways more reliable, free of intermediaries, the government made its first move to privatize the Indian Railways by inviting private players for the operation of passenger train services on 109 Origin Destinations pairs of routes through the introduction of 151 modern trains with an objective to introduce modern technology.

It is learnt that while the private operators will choose their technology and determine the fare, certain aspects like safety, time-tabling of trains, etc., will stay with the railways. Subsequently, the railways would constitute a Rail Development Authority – an independent body to decide rail fares to ensure pricing is commensurate with the expenses. Majority of the trains would be manufactured in India in the future and the private entity would be responsible for financing, procuring, operation and maintenance of the trains.

The objective of this initiative is to introduce modern technology rolling stock with reduced maintenance, reduced transit time, boost job creation, provide enhanced safety, world-class travel experience to passengers, hygienic train food delivery and also to reduce demand supply deficit in the passenger transportation sector. Each train would have a minimum of 16 coaches and designed for a maximum speed of 160 km/hr. There would be a substantial reduction in journey time. The running time taken by a train shall be comparable to or faster than the fastest train of Indian Railways operating in the respective route. The driver and the guard would be Railway officials and the safety clearance of trains will be done only by Railways. 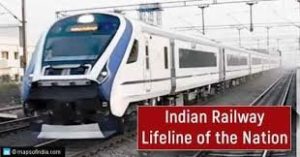 Benefits for passengers from privatization

Although privatizing is not that easy as Indian Railways cover every nook and corner of our nation, it is seen as a step forward in enhancing the services for a pleasant journey. Here are a few significant advantages of privatization in Indian Railways. 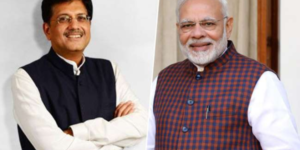 Bringing up of the private operators was one of the proposals in the 100-day action plan of the Modi 2.0 government to provide high-class facilities for rail passengers. Tejas Express is the first private train in India on the Lucknow-Delhi corridor. It is fully run and managed by IRCTC (Indian Railway Catering and Tourism Corporation). This privately-run train offers airline-like facilities which include onboard entertainment, RO water purifiers in every coach, Tea and Coffee vending machines, Compensation to passengers for the delay, Free insurance cover, Call buttons to request crew service, Automatic doors among many others. A second Tejas Express is also slated to start operating soon between Mumbai and Ahmedabad. 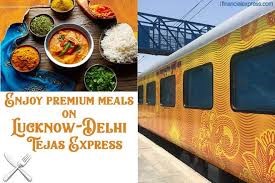 Traveler Food is proud to be a part of the amazing Indian Railways and IRCTC. We add values to travelers’ lives through seamless online train food delivery offering the widest choice of food from over 100 cuisines at more than 600 railway stations across India. We just don’t deliver food – we deliver happiness. Our world-class, unparalleled technology powers millions of orders every month to bring hungry train travellers the food of their choice delivered at their seats.