Bhopal- The city of Lakes

The city of Bhopal situated in the cultural state of Madhya Pradesh has an affluent history in its backdrop. The city is nestled in the beautiful Vindhya range and the small hills act as the periphery for this city. The city has the perfect blend of tranquility and peace. The serene gardens and pleasing lakes make the place a must visit town of India. The lake city has a number of mosques and minarets. There are two man made lakes present here that looks just so picturesque.

The city faced a crisis due to the Bhopal Gas disaster that took place in 1984. The Sanchi Stupa located, here is a declared heritage site by UNESCO. 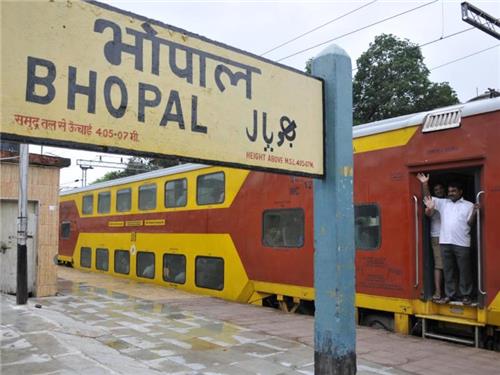 Bhopal has a widespread network of transportation enabling the people to easily commute from Bhopal to other parts of the country. The Bhopal Junction is the primary railway station here. As many as 150 trains have their stoppages at this station. Trains for round the country originates from here. An excellent train food service in Bhopal railway station is provided by Traveler Food. Just visit the website, order the food and get your yummy meal on the seat at the Bhopal railway station.

The cuisine of this place is a true example of the traditional cuisine as served in the state of Madhya Pradesh. There are a number of luscious dishes which are served here in the vegetarian category. Apart from this, the city is a hub for meat dishes such as spicy achar gost. The Bhopali Paan is a famous and integral part of the food served here.

The traces of cultural influences of Hindus, Buddhists, Afghans and Mughals can be easily seen here. All the cultural influences are so precisely blended with each other that a distinct sort of uniqueness emerge out. The art and culture of this city is a true epitome of the immense historical impression which the city had in the past. One can find a great amalgamation of Hindu and Muslim art and culture in the city’s culture. The Bharat Bhawan located here has preserved the culture in a great manner with the presence of an art gallery, poetry library, theatre and other galleries.