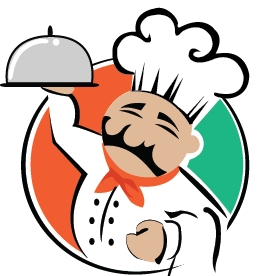 Traveler food will provides you quality food delivery at ASANSOL JN Railway station from the popular restaurant or food outlet in ASANSOL JN.You can call us before an hour you will reach at station and fresh food in ASANSOL JN railway station will be delivered at your seat.

Get the best food in train at Asansol Jn railway station while traveling. Traveler Food, an authentic food delivery channel for all your food needs.

Taste the best Veg and Non-Veg food at railway station of Asansol.

Planning our travel is very exciting, but getting the food of our choice was not easy. But today we have made ordering food on train at Asansol railway station simple, delicious and fast.

Where is Asansol Jn Station located?

Asansol junction railway station is in Asansol, West Bengal, and situated on the Howrah-Delhi mainline. It is the 2nd largest populated city of West Bengal and the 11th fastest growing Indian city. Being an important coal trading and railway centre, the city has large railway workshops and a railway colony.

Asansol station is a division of the Eastern Railway Zone of Paschim Bardhaman district of the Indian Railway line. It is one of the busiest stations with 171 trains passing through the station daily. The station has plush amenities AC retiring and renting rooms, escalators, WiFi services, 24/7 food plazas, and premium lounges.

The city derives its name from ‘Asan’, a tree found on the banks of river Damodar. The city is predominant with scenic picnic spots, temples, old churches, parks, and more.

Few of the major attractions to visit nearby Asansol Jn station are:

Asansol is rich in heritage in terms of art and culture with a repository of diverse cultural beliefs and customs. Bengali is the official language and the city is popular for music and dance activities. Durga Puja is the major festival celebrated.

At Asansol, you can choose Veg and Non-Veg dishes from a spread of Bengali cuisine. Savor the best Jain, Veg, Non-Veg food options.

Order beverages and food for train at Asansol Jn railway station from restaurants near and around you. Traveler Food is at your service to order your preferred food in train.

Give us a call, visit our website Traveler Food to place your order anytime. Mention your train and seat numbers and place order an hour earlier to your travel and get authentic and tasty food in train delivered to your seats with easy payment options and ontime.

Every adventure or travel should be worthwhile an enjoyable. Anywhere in India you travel by rail we make sure to deliver excellent food in train. Place an order for an individual, group, or family for food on train.