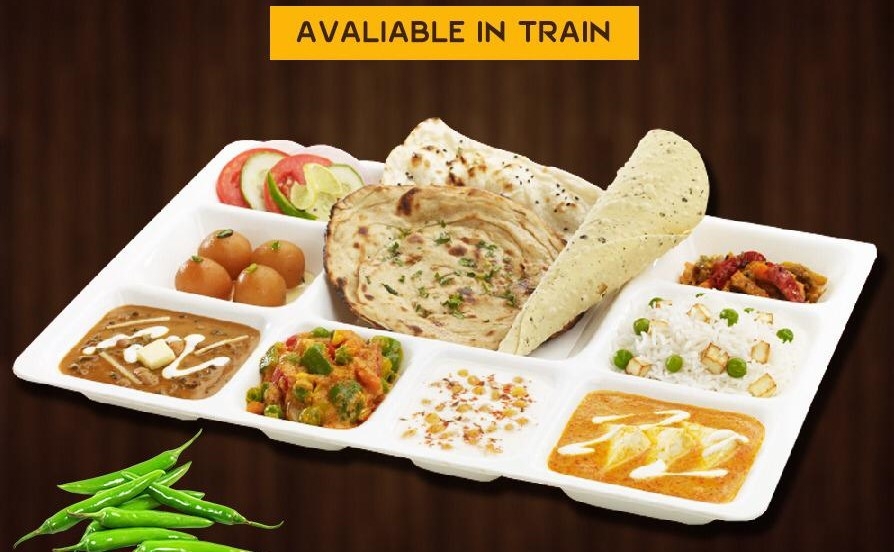 Get the best Veg and Non-Veg food at railway station of Anand Vihar Terminal.

Anand Vihar Terminal station is one of the biggest stations in Delhi and is spread across 42 hectares of land. It has seven platforms with 67 trains originating and terminating in this station. The station is equipped with certain facilities like booking offices, booking counters, waiting for halls with facilities for handicapped passengers, high-speed wifi, separate arrival and departure areas, reservation halls, toilets, parcel, and luggage office, operational and service accommodation and parking areas. Certain modern amenities like ATMs, a touch-screen inquiry system, foreign exchange counters, commercial and maintenance offices, food plazas, and computerized ticketing facilities are also available.

There are certain trains in Anand Vihar Terminal that run to important pilgrimage as the Varanasi Garib Rath Express connects to Varanasi. The New Delhi Ajmer Shatabdi Express links to Ajmer that is home to the famous Sufi Saint’s Dargah. The Tamil Nadu Sampark Kranti Express connects to Madurai Junction directly well-known for Hindu pilgrim places.

Few places to visit nearby Anand Vihar Terminal station are:

Shop a few of the best Indian embroidered handbags, spices, silver handicrafts, Meenakari and Kundan jewelry, delicious pickles, silk sarees, and more when you are here.

Delhi is the largest commercial centre of North India and the biggest for small industries. As the city is bounded by four states namely Haryana, Rajasthan, Uttar Pradesh, and Punjab that have a strong influence on the lifestyle of Delhi. Due to the diversified culture in the city, all the major festivals are celebrated.

The city is referred to as ‘foodies paradise’ with a variety of Indian cuisines. From street food to international cuisine it is simply mind-blowing. Chole Bhatura, Golgappa, Besan ka chilla, Parathas, ladoos, kulfi, etc are some of the sumptuous and popular street food in Delhi. The city is famous for the rich Mughalai cuisine also like Kebabs, Tandoori Chicken, Chicken Seek Kabab, Chicken Tikka, Mutton Gulafi Kabab, Tandoori Prawns and more.

Delhi being a melting point for various cultures, you can try out some of the best Jain, Veg, Non-Veg food options. From Chandni Chowk to Majnu ka Tilla, Delhi is replete with many culinary delights. Savor from parathas, chaats, Mughalai cuisine, lassi to sweets when you are in this city.

Now it’s easy to order food for train at Anand Vihar Terminal railway station. Pack your bags and leave the hassles of carrying food for travel with you. Traveler Food is at your service delivering authentic and tasty food of your choice. All you must do is place the order one hour before you are about to reach the station and your demanded food from a restaurant near Anand Vihar Terminal Railway Station and it will be delivered to your seats. Travel to any city from north to south, just place your order for food in train while in Anand Vihar Terminal station.

Travel in Rajdhani, Samparkakranth Express, Seemanchal Express, order and try fresh and tasty food of your choice that will be delivered at your seats during the specified time.

Be it individual, group, or family food on train booking, get it conveniently through a call, booking through an app with easy payment options.

Just relax and make your traveling peaceful and happy. Order your food for train with us right now!!